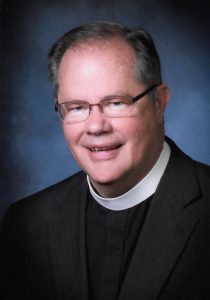 Pastor Nord Swanstrom has been engaged in Public Service for 52 years.  He was born and raised in Pecatonica, and graduated from Pecatonica High School in 1967.  He studied at Rock Valley College and Western Illinois Universit

y and subsequently was employed as a Communications Dispatcher and Chief Clerk with the Illinois State Police District #16 Headquarters in Pecatonica.  Nord went on to become a Deputy Circuit Clerk for Winnebago County in 1974 and in 1978 was nominated and elected to two terms as an Illinois State Representative in the Illinois Legislature, 35th District.  In 1984 he was appointed as a Public Service Administrator for the Illinois Department of Employment Security

and served as International President of the Association of Workforce Professionals, a worldwide organization of 23,000 members in 1998.  Retiring from state service in 2010 he began studies at Wartburg Theological Seminary in Dubuque, Iowa and was ordained by the Northern Illinois Synod of the Evangelical Lutheran Church in America in 2013.  Nord has served churches in Capron, Rockford and Belvidere and currently serves as Pastor of First Lutheran Church in Pecatonica. 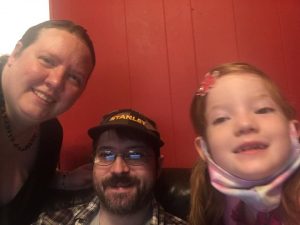 Jen Camplain is a long time member of First Lutheran Church here in Pecatonica. She has been involved in the church throughout her life in different areas of the Church’s ministry. Mainly focusing on sharing her faith with the young children of the church, she has led Christian Ed, taught Sunday School during her High School years and directing the Children’s Christmas Program throughout the years. After taking a break before her daughter, Iris, was born. She has followed her faith back to First Lutheran to use her skills in social media and office work to increase First Lutheran’s community presence.